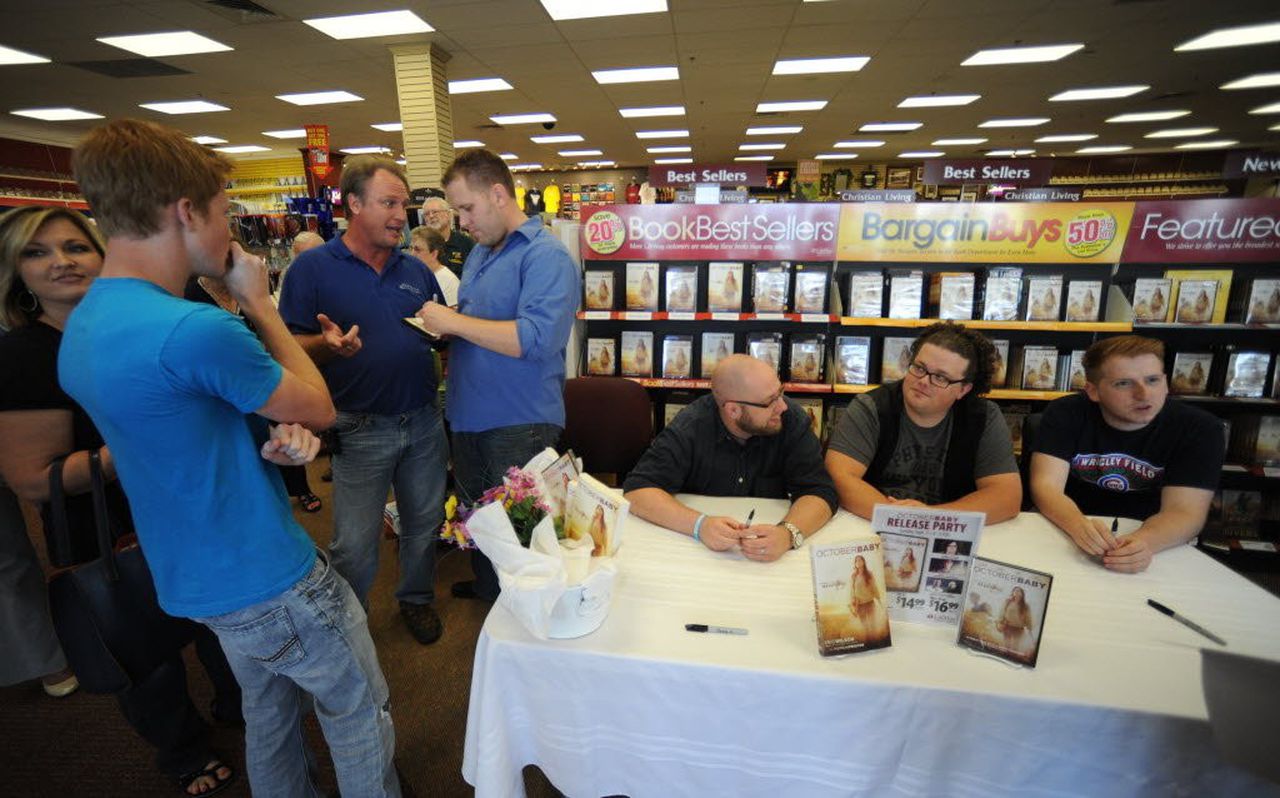 Jon Erwin, standing by the table on the left, his brother Andy Erwin and actors Chris Sligh and James Austin Johnson, on the right, met fans of “October Baby” at the Lifeway Christian Store as the film was released on DVD on Tuesday, September 11, 2012. (Photo by Hal Yeager / The Birmingham News) BIRMINGHAM […]